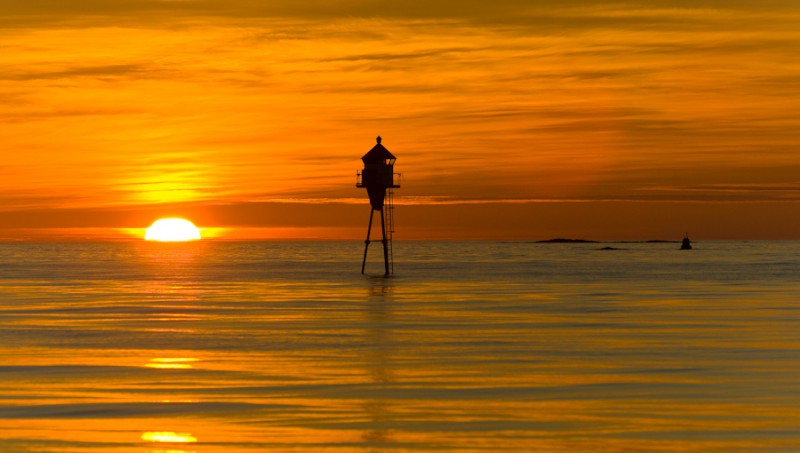 The midnight sun is a phenomenon that occurs all or part of the time between the spring equinox and the autumnal equinox north of the Arctic Circle, and between the autumnal equinox and spring equinox south of the Antarctic Circle. Midnight sun means that the sun, when at its lowest point in the course of a single day, does not disappear below the horizon and, given that the layers of cloud are not too thick, is thus visible 24 hours a day.

The length of the period in which the midnight sun is visible increases as you move from the polar circles towards the poles. It is longest at the poles themselves, where it is possible to see the sun continuously for six months of the year.

In areas where there is midnight sun during the summer, there will be polar night during the winter for an equivalent period of time. Because of the twilight effect (refraction), polar night does not, however, necessarily mean that it is dark 24 hours a day. A similar effect is seen when it grows light even before the sun has risen. 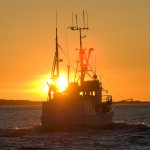 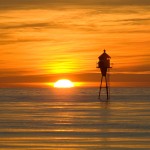 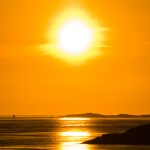